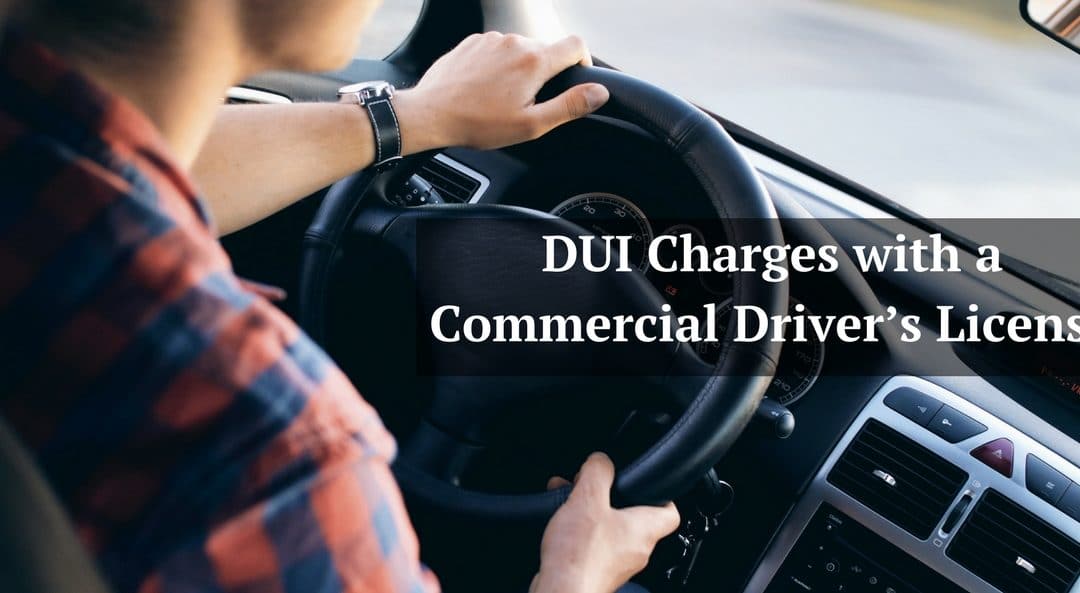 DUI Regulations for Commercial Driver’s License – Today’s guest blog is by The DUI Lawyer. The opinions expressed by the author in this and all guest blogs are not necessarily those of Attorney Mark E. Hall.

Many drivers in the U.S solely rely on their commercial driver’s license to earn a living. Driving a commercial vehicle, such as a truck or bus, is the source of income that supports the entire family. More than a hundred thousand workers on average are employed to drive commercial vehicles in most states across the U.S. Many of these vehicles are meant to transport passengers and others are used for transferring goods. Driving under the influence is a criminal offense and social stigma. The legal penalties for DUI violations are unforgiving for the average driver, but they are even harsher for those in possession of a commercial driver’s license.

Commercial vehicles tend to be a lot bigger and bulkier than standard automobiles, which is why roadside or highway accidents caused by them have greater consequences; people involved are prone to fatal injuries and colossal property damage is also expected. Many commercial drivers are required to ship heavy equipment or hazardous substances across long distances every day, which further adds to the risks. Given the high stakes, the responsibility to drive safely increases tenfold after obtaining a commercial driver’s license.

Driver’s licenses are not issued or approved that easily. Individuals seeking one have to endure rigorous training and performance tests to qualify. Employers also execute thorough background checks to determine whether candidates have a reliable driving record. Multiple minor traffic violations are often enough to face rejection. Most states have stricter guidelines for DUI offenders owning a commercial license. For instance, the threshold for BAC (blood alcohol content) level in a standard driver is 0.08%, but a BAC level of 0.04% is enough to charge and arrest a commercial driver with DUI.

First time DUI offenders possessing a commercial license may encounter more severe treatment at the hands of law enforcement, as compared to regular drivers. The cops may ask you to perform supplementary tests before or after taking you into custody. If the charges lead to a conviction, your commercial driver’s license will be revoked for one year. If you do not give your consent for a chemical blood test and still get convicted, your refusal can result in a three-year license suspension. Therefore, guilty or not, it is better to submit to a chemical test for measuring the alcohol content in your bloodstream.

DUI conviction can disqualify you from driving a commercial vehicle even if you were driving your personal car at the time of the arrest. Suspension of your commercial license for one to three years means that you will be out of work in the meantime. Your current boss may terminate your employment and you won’t be able to drive for another company either. A repeat DUI conviction may impose a lifetime ban; in some cases, reinstatement is possible after ten years if you complete a DUI rehabilitation program.

If the driver was found to be shipping or carrying large amounts of a controlled substance at the time of the DUI arrest, his/her commercial license will be canceled for good with no chance of return. If you were charged with DUI and your commercial driver’s license was wrongfully confiscated, Atlanta Georgia DUI Defense Attorney, can be of valuable assistance. Your lawyer shall help you beat the charges and secure your livelihood.